The Environmental Impact Of Food Waste

As millions of tons of food waste are generated in the U.S. each year, it comes as no surprise that the effects of this waste place a burden on our environment. The environmental impact of food waste is two-fold. First, with the use of resources needed to farm, process and transport food that will not be used, and second the greenhouse gas emissions generated by food waste in the nation’s landfills.

The use of our nation’s most precious natural resources — water and energy — to produce food that will go uneaten takes a toll on the environment. An estimated 25 percent of the total freshwater used in agriculture in the U.S. is attributed to the production of food waste. Also wasted are the 300 million barrels of oil used in the farming and manufacturing of food, which will inevitably become waste.

Of the 250 million tons of municipal solid waste (MSW) in the U.S. in 2010, 34 million tons (roughly 14 percent) was comprised of food waste. As millions of tons of food waste decompose in the nation’s landfills, methane gas is created and released into the atmosphere. Methane is a greenhouse gas 25 percent more potent than carbon dioxide (CO2). According to the EPA, 34 percent of methane emissions in the U.S. are attributed to landfills. Additionally, the environment suffers from the resulting CO2 emissions of farming and transporting organic materials – only to be transported once again to the landfill. Download the Retail Food Waste in the U.S. white paper for more information.

Quest Resource Management Group develops comprehensive food recycling programs to help companies across the U.S. divert food waste from landfills. In 2015, Quest managed the landfill diversion of more than 600,000 tons of food from landfills, leading to a CO2 emission savings equivalent of removing over 1.3 million cars from the nation’s roads for a year (396,360 metric tons of Co2).

A comprehensive Quest food recycling program can provide the insight and reporting needed to manage and track food waste for individual retail outlets and nation-wide corporations. Unwrapping Sustainability: 3 Ways Your Business’ Waste Streams Can Adapt, Survive and Thrive During the Holiday Season 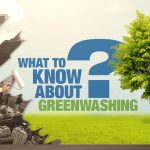